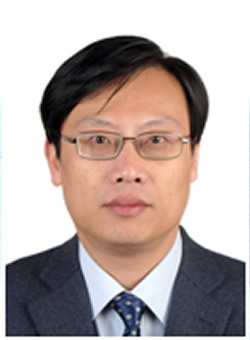 Professor Chen Bin, Professor
Xi’an Jiaotong University, China
Biography: Dr. Chen Bin is now a full professor and vice director in State Key Laboratory of Multiphase Flow in Power Engineering, Xi’an Jiaotong University. He received his Ph.D in 2002 from Xi’an Jiaotong University, China. Afterwards, he worked at the National Maritime Research Institute of Japan as Postdoctoral Research Fellow of Japan Society for the Promotion of Science from 2002 to 2004.
For more than a decade, Dr. Chen has devoted his efforts to the research of heat transfer in laser dermatology (vascular malformation and pigmentary lesions), in particular with the photon propagation and energy deposition in the laser treatment of Port Wine Stain. He is currently developing Monte Carlo method, bio-heat mass transfer model, as well as conducting animal experiment on thermal damage of blood capillary by 595nm and 1064nm laser, and Cryogen Spray Cooling in laser treatment of skin disease.
Recently, he severed as member of World Academy of Science, Engineering and Technology; member of Editorial Board for: Journal of Procedural Dermatology, Journal of Clinical, Experimental and Cosmetic Dermatology, Comprehensive Journal of Science and Medicine, Journal of Clinical Dermatology and Therapy, American Journal of Heat and Mass Transfer.
Topic: Gold Nano Particles: Enhancement of Blood Laser Absorption
Abstract: Based on the principle of selective photothermolysis, laser therapy has been the most effective treatment strategy for Port-wine stains (PWSs) caused by the expansion of dermal capillaries. Nd:YAG laser at 1064 nm wavelength has great potential for the deep-buried PWS compared with Pulsed Dye Laser (585/595nm). However, its application is still limited due to its weak absorbance by blood, which is expected to strengthen by injecting gold nano particles into the bloodstream for improving the clinical curative effect of deeper PWS. In this study, spherical gold nanoparticles were prepared by Sodium citrate reduction method with average size of 16.7nm and absorbance peak at 522nm. Gold nanorods were prepared by Seeded growth method and modified by PEG with average length and width of 79.1 nm and 13.5 nm. With this aspect ratio of 5.89, a strong absorption band at ~ 1050 nm in the near-infrared range is achieved. We can inject spherical gold particles into the bloodstream to enhance the light absorption of blood in visible range, while using gold nanorod to increase absorbance of blood to Nd:YAG Laser for improving the cure rate of laser treatment of vascular dermatosis. Average absorption was increased by 1.25 times for 581nm (PDL laser) and 3.71 times for 1064nm (Nd:YAG laser).

Dr. Peng-Sheng Wei
Xi-Wan Chair Professor, Department of Mechanical and Electro-Mechanical Engineering, National Sun Yat-Sen University, Taiwan
Invited Distinguished Professor, College of Mechanical Engineering & Applied Electronics Technology, Beijing University of Technology, China
Biography: Dr. Peng-Sheng Wei received Ph.D. in Mechanical Engineering Department at University of California, Davis, in 1984. He has been a professor in the Department of Mechanical and Electro-Mechanical Engineering of National Sun Yat-Sen University, Kaohsiung, Taiwan, since 1989. Dr. Wei has contributed to advancing the understanding of and to the applications of electron and laser beam, plasma, and resistance welding through theoretical analyses coupled with verification experiments. Investigations also include studies of their thermal and fluid flow processes, and formations of the defects such as humping, rippling, spiking and porosity. Dr. Wei has published more than 80 journal papers. He is a Fellow of AWS (2007), and a Fellow of ASME (2000). He also received the Outstanding Research Achievement Awards from both the National Science Council (2004), and NSYSU (1991, 2001, 2004), the Outstanding Scholar Research Project Winner Award from National Science Council (2008), the Adams Memorial Membership Award from AWS (2008), the Warren F. Savage Memorial Award from AWS (2012), and the William Irrgang Memorial Award from AWS (2014). He has been the Xi-Wan Chair Professor of NSYSU since 2009, and Invited Distinguished Professor in the Beijing University of Technology, China, during 2015-2017.
Topic: Controlling Pore Shape in Solid
Abstract: Porosity is one of the most serious problems commonly occurring in weldments. In order to remove and control porosity, understanding its formation is important. A pore formed in solid is a consequence of a bubble nucleated by supersaturation and entrapped by a solidification front. By accounting for transport of mass, momentum and physico-chemical equilibrium of solute gas across the bubble cap, it is found that pore formation can be categorized into three cases due to different directions of solute gas transport. The pore shapes in solid are generally studied.