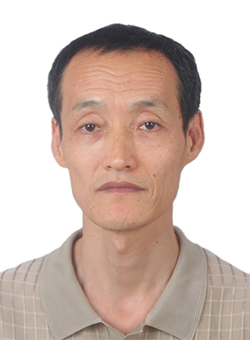 Biography: Dr. Jin Shen obtained his B.S. degree from Northeast Heavy Machinery Institute, China, in 1985, the M.S. degree from China Agricultural University, China, in 1996, and his Ph.D. degree from University of Shanghai for Science and Technology, China, in 2004. He is currently a professor in School of Electrical and Electronic Engineering (SEEE) at Shandong University of Technology (SDUT), and the member of academic committee of SDUT, director of the professor committee of SEEE. His current research interests involve particle sizing, scattering measurement and weak signal detection. He has completed over 30 research projects, including Frequency Decomposition Characteristics of Dynamic Light Scattering Signal of Ultrafine Particles supported by the National Natural Science Foundation of China, Fractal Character of Dynamic Light Scattering of Particles supported by the Natural Science Foundation of Shandong Province, On-line Measurement of Grain Moisture during Drying Process supported by Ministry of Agriculture of China. He has published over 200 scientific papers, and received the Science-Technology Progress Prize of Shandong Province for three times. He was a Visiting Professor at University of South Australia from Jun to December 2010, and Visiting Researcher at Kansas State University from October 2012 to August 2013.

Abstract: In nano-particle size measurement with dynamic light scattering (DLS), it is still difficult to accurately recover the broad or bimodal particle size distribution (PSD), since the PSD information in the autocorrelation function (ACF) was not being fully utilized. In this work, an iterative weighted regularization method for dynamic light scattering inversion is proposed to make further utilization of effective PSD information in the decay section of the ACF, in which the weights of PSD information are successively updated during the iteration process. By updating the weights gradually, the ACF corresponding to the PSD obtained by last inversion will tend to be in conformity with the ACF obtained from the correlator. The inversions of the simulated data of the monomodal and bimodal PSDs at different noise levels show that a more accuracy recovery can be realized by using iterative weighting method compared with the routine weighting inversion method, especially for the broad PSDs and the closely spaced bimodal PSDs under a higher noise level. The recovery of the actual measure data of standard polystyrene latex particle also proves the performance of the novel method. 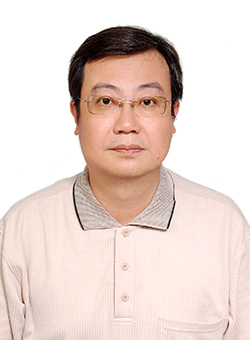 Biography: Dr. Kung-Chung Hsu received Ph.D. in Department of Chemical Engineering at The Penn State University, in 1985. He worked as a senior scientist in the R & D Department of China Steel Corp. in 1985-1990. He was an Associated Professor in 1990-1996, and has been a professor in the Department of Chemistry of National Taiwan Normal University, Taipei, Taiwan, since 1996. Dr. Hsu has research interests in (1) preparation and application of dispersing agents in ceramic materials, (2) preparation and development of superplasticizer and self-curing agents in concrete, and (3) preparation and application of nano powders and graphene-contained composites. So far he has published more than 50 peer-reviewed papers and obtained over 20 patents.

Abstract: Recently, the use of Nano materials for promoting the properties of cement-based composites has become attractive. Specifically, incorporation of graphene oxide (GO) is reported to be able to enhance the degree of cement hydration and increase the mechanical strength of the resulting cementitious materials. Dispersing agents are often needed to improve the dispersion of GO powder in cement mixes. In this presentation, the development and applications of dispersants will be review briefly. Furthermore, a betaine copolymer was prepared. The GO powder with this polymer was added in cement pastes and mortars. The particle size and zeta potential of GO particles, and the properties of cementitious materials including degree of cement hydration, compressive strength, and others were measured, and the performance of the prepared polymer as a dispersing agent was evaluated and discussed.